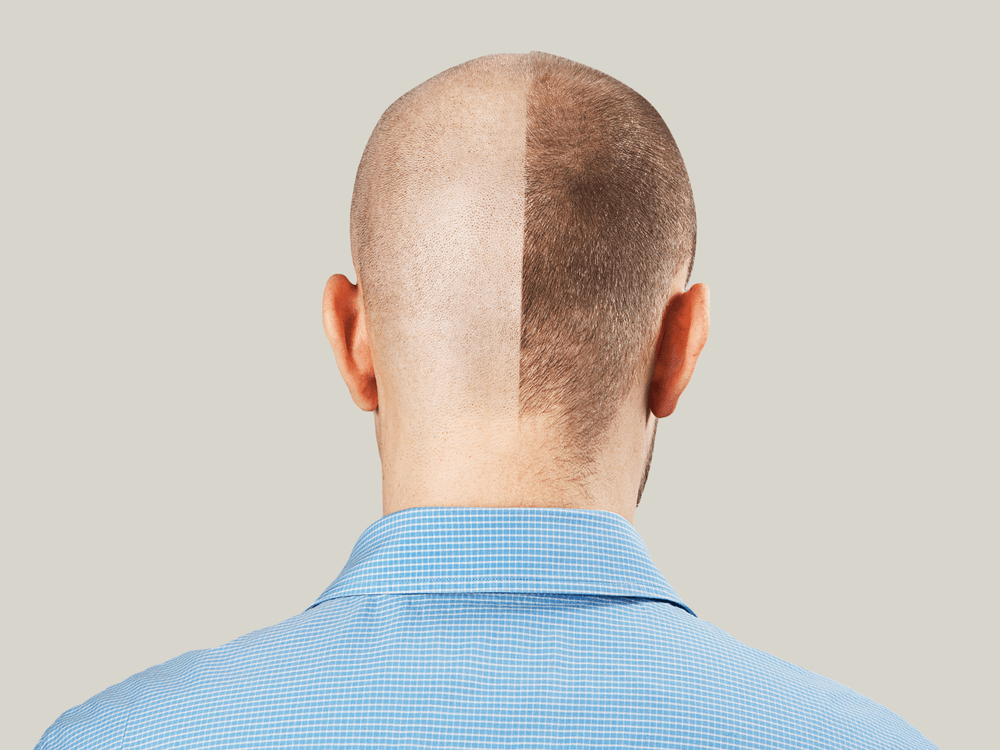 Hair fall is an important part of the hair growth cycle and has been a common phenomenon of our lives. Although a loss of 50 to 100 hairs every day is not an alarming indication, noticeable thinning and receding hairline surely are the grave signs of hair fall. Hair loss and the resulting baldness can seriously dampen one’s confidence and can also cause emotional distress. One of the most common reasons for hair loss is hereditary condition, also known as Androgenetic Alopecia (AGA). In the initial stages of AGA, the hair follicles start shrinking, thereby shortening the life cycle of hair.

Now that the growth cycle has shortened, the growing hairs are shorter and thinner in their size and volume respectively. This deterioration continues till the point that the growth cycle stops to function completely. Hair thinning can be treated completely and successfully. Modern hair transplant has emerged as one of the best solution for the problem.

Follicular Unit Transplantation, as it is known as, can be done by two methods:

In strip method, a strip of hair bearing layer of scalp is taken. This strip is usually taken either from the back or the sides of the head. This area from where the scalp is taken is called as donor area. These strips are then dissected with the help of ST microscopes and are transplanted on the bald area. This transplanted area is called the recipient area. Wider areas are targeted to cover in order to get more number of grafts in one single session. One session can have transplants as high as 6000 units. At times, this treatment leaves a scar on the donor area. However, that scar can be gotten rid of by tricophytic closure.

In FUE method, hair follicles are singled out and then implanted on the bald patch. The eventual result of this treatment not only seems natural, but also involves very less recovery time. Since local anesthesia is used for the treatment, patient can indulge in watching TV or reading while the treatment takes place. For the completion of FUE treatment, 2-3 sessions are required generally. It is one of the most advanced treatment therapy which results in permanent and natural output. The patient can resume his daily life within 24 hours of the therapy. Like a normal individual he can also oil and shampoo his newly obtained hair. A period of 6-8 months is required between two transplant sessions. This technique is also being used for the plantation of beard, moustache and eye brows by men and women alike.

Medical treatment has proved to be more than useful for hair treatment, even before the need for transplantation arises. Two of the few medicines that have been approved by the drug governing bodies worldwide for curbing baldness are Finasteride and Minoxidil. Minoxidil was previously developed to treat high blood pressure. But usage of this drug in oral form was restricted owing to its multiple side effects. One such side effect was ‘hypertrichosis’ or growth of hair on face and other parts of the body. What it actually does is prolongs the growth phase of hair. This precisely was the reason why Minoxidil was used in the treatment of hair loss. Minoxidilconsumers have to be extremely patient as it takes anywhere between 6 to 12 months to show results. Taking a break during medication will dissolve any kind of effect created. Minoxidil must be consumed twice a day, since the restricted use of once in a day has been proven largely ineffective.

Although Finasteride as a drug has been available for many years, it was only since 1998 that it was approved for the treatment of male pattern balding. Since then, it has been manufactured as a 1mg oral tablet called as Finast. The drug inhibits the formation of dihydrotestosterone (DHT), which is responsible for reduction in hair growth. As its level decreases, the process of damaging the hair growth also reduces, thereby ceasing baldness. However, Finast comes with hoards of side effects like impotency, abnormal ejaculation and sexual function, erectile dysfunction among several others related to sexual activity.